Things You need to know About Proffesor Wole Soyinka 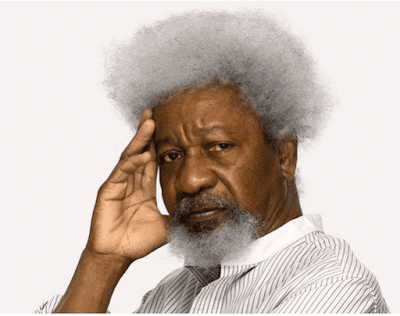 
The name, Professor Wole Soyinka, is no doubt, phenomenal. It embodies many great things – activism, social crusade, satire, theatre, dramatization, literature, and the list is endless. In short, Wole Soyinka is a name associated with undying love for one’s country. And of course, the man behind the name is a fierce, adamant social reformer whose literary prowess has been dedicated to the cause of social justice and cultural originality for years. He’s one of Nigeria’s finest writers, and sort of a jack of all – but of course Soyinka is a master of his trade. The iconic Literary Kongi transcends the written words; hear him speak and you’ll be amazed at how richly endowed a man could be – his speeches (one of which I was privileged to listen to live at the main auditorium at the University of Lagos) are electrifying. He is such a gem.

Wole Soyinka was born Akinwande Oluwole "Wole" Babatunde Soyinka on July 13, 1934, in Abeokuta, near Ibadan in western Nigeria. His father, Samuel Ayodele Soyinka, was a prominent Anglican minister and headmaster. His mother, Grace Eniola Soyinka, who was called "Wild Christian," was a shopkeeper and local activist. As a child, he lived in an Anglican mission compound, learning the Christian teachings of his parents, as well as the Yoruba spiritualism and tribal customs of his grandfather. A precocious and inquisitive child, Wole prompted the adults in his life to warn one another: “He will kill you with his questions.”
After finishing preparatory university studies in 1954 at Government College in Ibadan, Soyinka moved to England and continued his education at the University of Leeds, where he served as the editor of the school's magazine, The Eagle. He graduated with a bachelor's degree in English literature in 1958. (In 1972 the university awarded him an honorary doctorate).

Wole Soyinka was born Akinwande Oluwole “Wole” Babatunde Soyinka on July 13, 1934, in Abeokuta, Nigeria.
Soyinka is an author, playwright, and poet, who has published hundreds of works, including drama, novels, essays and poetry, and colleges all over the world are seeking him out as a visiting professor.
1.He has been married thrice and divorced twice.
2. He was imprisoned for 22 months as civil war ensued between the federal government and the Biafrans.
3. He was awarded the 1986 Nobel Prize in Literature, the first African to be honored.
4. He taught at the universities of Oxford, Harvard, and Yale.
5. From 1975 to 1999, he was a Professor of Comparative Literature at the Obafemi Awolowo University, then called the University of Ife.

6. Soyinka has been a strong critic of successive Nigerian governments, especially the country’s many military dictators, as well as other political tyrannies, including the Mugabe regime in Zimbabwe.
7. He took an active role in Nigeria’s political history and its struggle for independence from Great Britain.
8.He Attended Government College Ibadan Apata Between in The Year 1954
Now considered Nigeria’s foremost man of letters, Soyinka is still politically active and spent the 2015 election day in Africa’s biggest democracy working the phones to monitor reports of voting irregularities, technical issues, and violence, according to The Guardian. After the election on March 28, 2015, he said that Nigerians must show a Nelson Mandela–like the ability to forgive president-elect Muhammadu Buhari’s past as an iron-fisted military ruler, according to Bloomberg.com.
Soyinka has been married three times. He married British writer Barbara Dixon in 1958; Olaide Idowu, a Nigerian librarian, in 1963; and Folake Doherty, his current wife, in 1989. In 2014, Soyinka revealed he was diagnosed with prostate cancer and cured 10 months after treatment.