Shocking!! Lagos Driver Kills Colleague On The Road See how he did it. 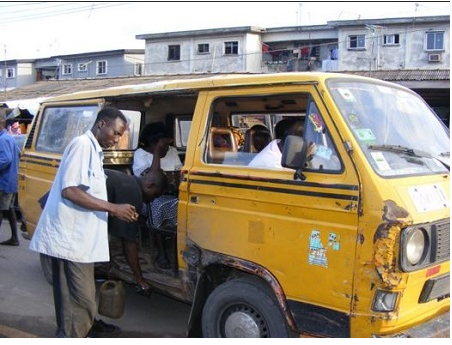 Wakili Ajibola, a 32-year-old driver, shocked people when he killed his fellow driver by pushing the man into the road in front of a moving vehicle.
who allegedly pushed another driver into a moving vehicle, has been remanded at the Ikoyi Prisons.
An Ebute-Meta Chief Magistrates’ Court in Lagos ordered the remand on Friday following arraignment of Ajibola on a murder charge.
The court did not take the plea of the resident of Daramola Street, Ijora Badia, Lagos. Chief Magistrate A. O. Salawu said that she needed advice from the state’s director of public prosecutions.
She adjourned the case till March 6 for mention.
Earlier, the prosecutor, Insp. Koti Aodahemba, told the court that the accused committed the murder on Dec. 8 on Orisunbare Street, Ijora Badia.
He said that the accused pushed one Mr Patrick Orilolo, 56, into an oncoming vehicle because he cautioned him for recklessly driving a truck marked FST 444 XE.
The prosecutor said that the accused alighted from his truck to push the deceased into the vehicle which killed him instantly. He submitted that the offence contravened Section 221 of the Criminal Law of Lagos State, 2011.
Section prescribes death sentence for murder.
Labels: Local